The official forum for the Community Expansion Pack for NWN.

Suspected bug when updating my module from CEP 2.3 to 2.62

Suspected bug when updating my module from CEP 2.3 to 2.62

It could be that the module hadn't been built for a while but i'm suspecting that the recomended hak order could be wrong or incomplete.

This was the old HAK-order on the module before the update:

This is the new HAK-order on the module:

Notice how the hak numbering is ascending instead of descending, as was the recomended HAK-order in 2.3. I find that strange. Also the new recomended hak order listed does not take into account: cep2_add_sb_1 and cep2_add_tiles

Anyway...I am going to reshuffle the hak order on my module a bit now...and I'll try to adapt more to what the old 2.3 CEP hak order looked like...to see if that solves anything.

If anyone has any other ideas I would gladly accept them also...


EDIT: Also the top hak is not on top in the new recomended order...for some reason... 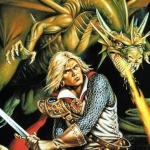 Nope...reshuffling the HAK order in the module didnt help :-\

Oh well...reverted back to the old module...

I downloaded the Genesis Nordock module, checked out the red dragonkin in the toolset, updated the hak list to the one you gave in the first post, and checked again. Here's what I found:

The red dragonkin models are still present, but they have been assigned a tail model that did not exist in cep2_topv1.hak. This tells me the module was built with CEP 2.0, before BioWare put out the 1.69 patch.

1.69 added horses as tails (for the riding function). Updating the haks the module uses, without updating the creature blueprints, is what led to the red dragonkin standing around with giant horses on top of them.

If you do want to update to CEP 2.1 or later, I suggest going with the hak order listed for the version that you want to build with. If that happens to be CEP 2.60 or later, I would remove cep2_add_sb_v1 from the content, save, close, reopen, and import the erf of the same name, which will allow you to edit the blueprints of any creatures/placeables/etc. contained in that hak without a lot of extra work.

Yaaay! A.M.D. welcome back man! Join the hype in the NWNEE forums :-)

Thanks for the reply and testing. I probably should have followed up my post but what I did was I actually updated to 2.62 again after that and then simply edited the dragonkins appearence to remove the "horse/tail". Think I found at least one more monster that had the same problem but don't remember which one now. After that I thankfully didnt stumble into more problems, I think :-o

If you have time could you please explain more about this cep2_add_sb_v1? What does it do/contain and could you tell me more why should I remove it? I shouldn't run into problems doing it right? (The last question is probably a little dumb but anyway.)

I am very interested to do what you suggested though because I AM having problems with some of the CEP blueprints just like you said, so this is why I am extra interested to hear any more information about that HAK.

I've been to the NWN:EE forums...though it was before they gave it a name.

They've had my input for quite a while now, and I'll be stopping by there again when it looks like EE is about done with beta (that's when I'll be updating my PW for EE).

cep2_add_sb_v1.hak included a whole bunch of blueprints (for monsters, placeables, etc.) and scripts. It was a bad design decision though, as using the hak makes it a huge pain for builders: you can't remove anything from your module that the hak includes and you can't edit anything the hak includes without a very big hassle. The contents of haks override any changes you've made to such blueprints/scripts in your module.

I left that hak in the download for builders and modules that did use it, but removed it from the 2.60+ hak lists. Instead, I took all the contents of that hak and added it to a new .erf (cep2_add_sb_v1.erf). Went with the same basic name to make it easier to find and/or figure out what's in it.

With the .erf, you can import the content into your module, keep what you want, then easily edit or delete as you see fit. It's also one less hak for a module's custom content list...and that might be big for anyone using a huge list of haks already.

I got way too many errors when ripping the sb_v1 HAK from the module so I don't feel comfortable doing it. All kinds of errors.

Would it be possible to just slap the ERF file into the module anyway (without removing the HAK). What would happen then?

If you import the erf with the hak, nothing will happen.

The resources from the erf get replaced by those of the hak.

If you wanted to try a replacement with the erf contents, you could make a backup of your module, remove the sb_v1 hak but make sure to hit the cancel button as soon as possible when it tries to check for resources, import the erf, then save, close, and reopen. That should replace the contents of the hak with those of the erf and let you save without errors.

If you use the CEP's scripted "creature wizard" thing, you would need to extract the non-loadscreen 2da file from that hak and put it into your server's cep2_custom.hak or other server-side hak. It's not something I use, and it hasn't been updated since at least 2.4, but it's still there if people want to use it.

Yeah, that could work, but frankly...I'm not gonna risk it. That problem with some of the creatures being "in the hak" and hence not editable is not a huge problem. I mean I can just make an edited copy of the creature if I really needed to change that particular creature.

Thanks for the help in general though...and nice to see you back!